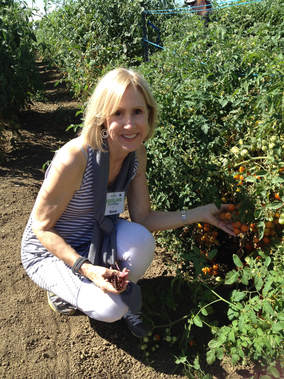 Award winning registered dietitian nutritionist, Neva Cochran, is a nutrition communications consultant in Dallas, Texas, who partners with food, nutrition and agricultural organizations to promote positive, accurate, scientific-based nutrition messages. She currently serves as a consultant for Bayer U.S. - Crop Science LEAD Network, ​Leafy Greens Marketing Agreement and the California Cantaloupe Board. In addition, she is a member of the National Cattlemen's Beef Association Speakers Bureau and a volunteer "Have a Plant" Ambassador for the Produce for Better Health Foundation. For 20 years she was an ongoing contributor for Woman’s World, a weekly magazine with an estimated 6-7 million readers, where she created meal plans and compiled research for the diet cover stories, wrote the Diet Club column for eight years and authored several feature stories. She is also a frequent speaker at district, state and national Academy of Nutrition and Dietetics meetings. For the last eight years, she has written a monthly nutrition feature article for Southern Dallas County Business and Living Magazine and for the past two years for Lake Forest Living.
​
Neva brings a broad range of professional experiences to enhance her nutrition and communications skills. She taught the nutrition classes for an outpatient Cardiac Rehab program for 13 years, was Program Coordinator for the Consumer Services Division of the Associated Milk Producers, Inc., an instructor in the Department of Nutrition and Food Sciences at Texas Woman’s University and a clinical dietitian in two hospitals. She has also been a nutrition writer for Maximum Fitness, The Female Patient and First for Women magazines, a contributing author to The Competitive Edge: Advanced Marketing for Dietetics Professionals and published four peer-reviewed journal articles.

Since 2003, she has served as a preceptor to over 120 dietetic interns for a one-week nutrition communications rotation. And in May 2016, she was invited to present the keynote speech, “Take Opportunities, Make Opportunities and Walk Through Fear,” at the Texas Woman’s University College of Health Sciences commencement.